Learning to use Signals Intelligence: The Royal Navy from the Development of Wireless to the War Years of 1914-1915 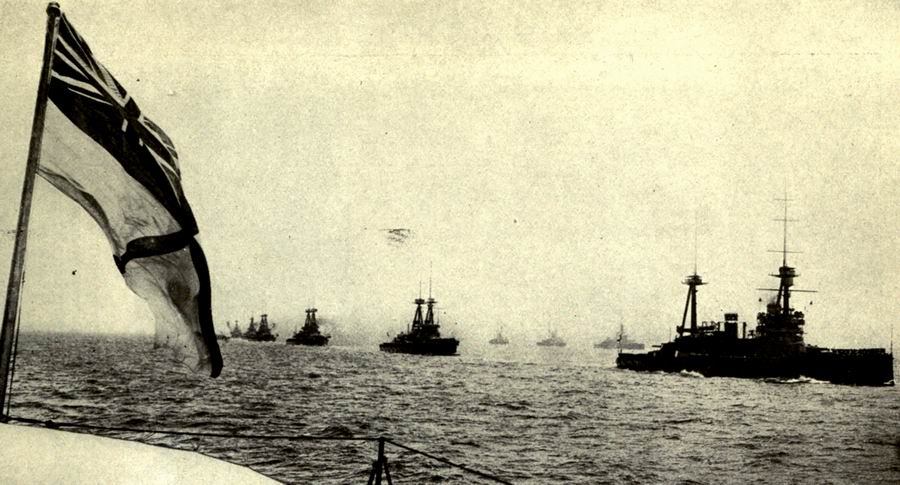 The British Grand Fleet sailing in parallel columns in World War I from Abbot, Willis John, The Nations at War: A Current History (New York: Leslie-Judge Co., 1917). Image available in the public domain.

This monograph arose partly from my personal research into civilian mariners involved in the Great War 1914-19 and also encouragement from a friend, Dr. Marcus Faulkner. My original background had been in communications-operation in the Royal Navy, Foreign & Commonwealth Office and variously in the City of London. Although having left this field of endeavour two decades ago, I have retained a past professional interest in communications systems and their operation. 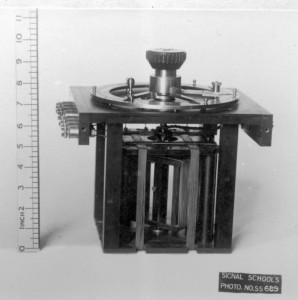 In reading day-to-day wartime operational records and naval staff monographs I had noticed from occasional references and snippets that Room 40’s products were more widely used at sea than has been acknowledged. This was especially so in the multifarious activities around the United Kingdom’s shores and in the North Sea.

These can be generally characterised in two ways. Firstly, there were the offensive operations carried out by forces of the regular navies of both sides. The largest of these, such as the famous Dogger Bank action of January 1915, have often had their Signals Intelligence (Sigint) aspects covered in published works: although lesser ones have not. However, with Handelskrieg mit U-booten (trade war with submarines), initially conducted by the Kaiserliche Marine in February 1915, a second struggle developed in these same waters. This was carried out overwhelmingly by submarines for the Germans; and an assortment of naval units, ranging from destroyers to a miscellany of reservist small craft and also merchantmen for the Allies. 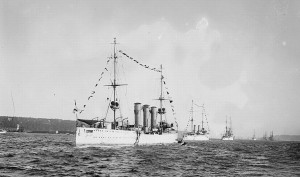 It was also known that there had been a Sigint aspect in hunting down and eventually sinking the German cruiser Dresden, in Chilean waters in March 1915. Careful reference to operational records and another naval staff monograph unearthed useful detail and further usage of intelligence material. Also, in dealing with international political affairs, particularly with the United States of America that were immensely important in the development of the war, from other sources I became aware of yet more aspects of British Signals Intelligence efforts.

Having read all the standard works on First World War Sigint I realised that none of these showed the then state of wireless communications technology though. As a past communicator, I regarded this as utterly inherent in making a proper study and so, made thorough investigations. Having done so, I noticed that my take on this was significantly different to other commentators. In one respect this was to be expected, as long experience had shown me that non-communicators tended to regard communicators either as practitioners of esoteric arts, or, unfortunately, as mere drones. (The reality, of course, has always been somewhere in between!)

As well as this, although admittedly not having used hand cypher very often (and even then, only in the FCO), I had been trained in this field. However, I found from published sources that generally I could not understand how these codes and cyphers actually worked. Therefore, I studied as many contemporaneous examples, both British and German that I could find. This practical handling allowed for greater grasp and hopefully, a clear exposition. 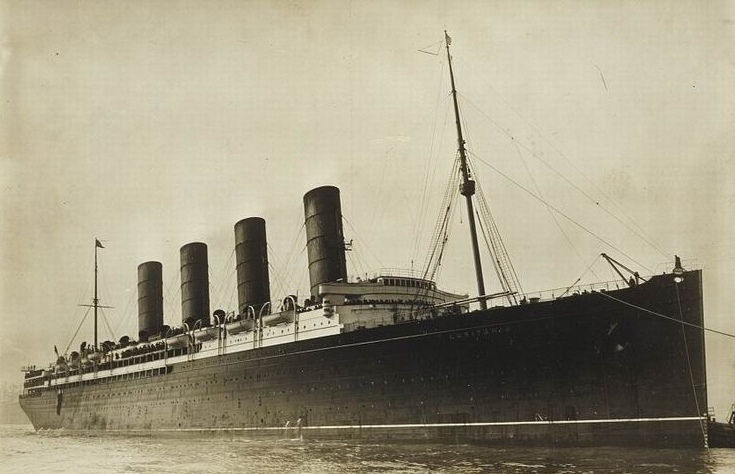 Finally, a word on Franz Rintelen might not go amiss. Only briefly mentioned in this monograph, the ‘Dark Invader’ as he dubbed himself in the early 1930s was a fascinating character. (For those not au fait with him, for reasons that are still not entirely clear, he published an explosive ‘biography’ in English, where he claimed that he had been a super spook-saboteur in the United States in 1915, working against the Allies. Wide-ranging investigations have shown me that his life was far more complicated than even he made out and potentially, there are some intelligence aspects that have not yet been uncovered properly. Even if a biography is out of the question for me, purely on grounds of the amount of time, money and effort required, I intend producing a monograph on him. So, it is entirely possible that more might be learned on the intercepted telegrams from 1915 that are in British naval files.

About the author: Len Barnett is an experienced freelance maritime researcher and author.  For further details of his research and work and to order Learning to use Signals Intelligence: The Royal Navy from the Development of Wireless to the War Years of 1914-1915 see his website at http://www.barnettmaritime.co.uk