Podcast from Royal Society lecture: “Sacrifice of a Genius”: Henry Moseley’s role as a Signals Officer in World War One

The podcast from our recent lecture at the Royal Society, “Sacrifice of a Genius”: Henry Moseley’s role as a Signals Officer in World War One, delivered by Elizabeth Bruton on 11 October is now available on the Royal Society website at http://royalsociety.org/events/2013/henry-moseley/

The podcast also incorporates the PowerPoint slides from the lecture. 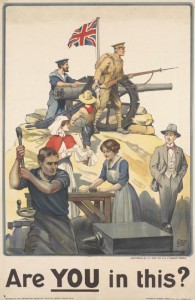 I know it is quite far away from Leeds but for those of you who may be interested, I am giving a talk on the history of the Marconi wireless station at Poldhu during World War One at the Marconi Centre at Poldhu on Tuesday August 6th at 7.30pm. The talk is free to attend and there is no need to register. Further details of the centre and how do get there are available at http://marconi-centre-poldhu.org.uk/

I’m also giving an evening lecture on cable telegraphy during World War One at Porthcurno Telegraph Museum on the evening of Wednesday August 7th from 6-8pm. For full details and to register for the Porthcurno event, see http://zimmermann-es2.eventbrite.com/. I will also be running family-friendly table top talks throughout the day at the museum so please do feel free to pop along during the day too!

The poster for the evening lecture is available here.