Hand-Held Refracting Telescope, English, 18th Century (Inv. 52178) This telescope is over 200 years old, do you think it would survive being dropped like the one Callum has?

Story: I was looking through my telescope when Venus came out. I was busy watching it and accidentally knocked my telescope over, it landed on my head and it was quite painful.

Story: In 1963 Jack made a Newtonian reflecting telescope, with a primary mirror 32 cm in diameter and having a focal length of 203 cm. Despite its poor location in the suburbs of London, some very useful observations were made with it. Two examples are given here. 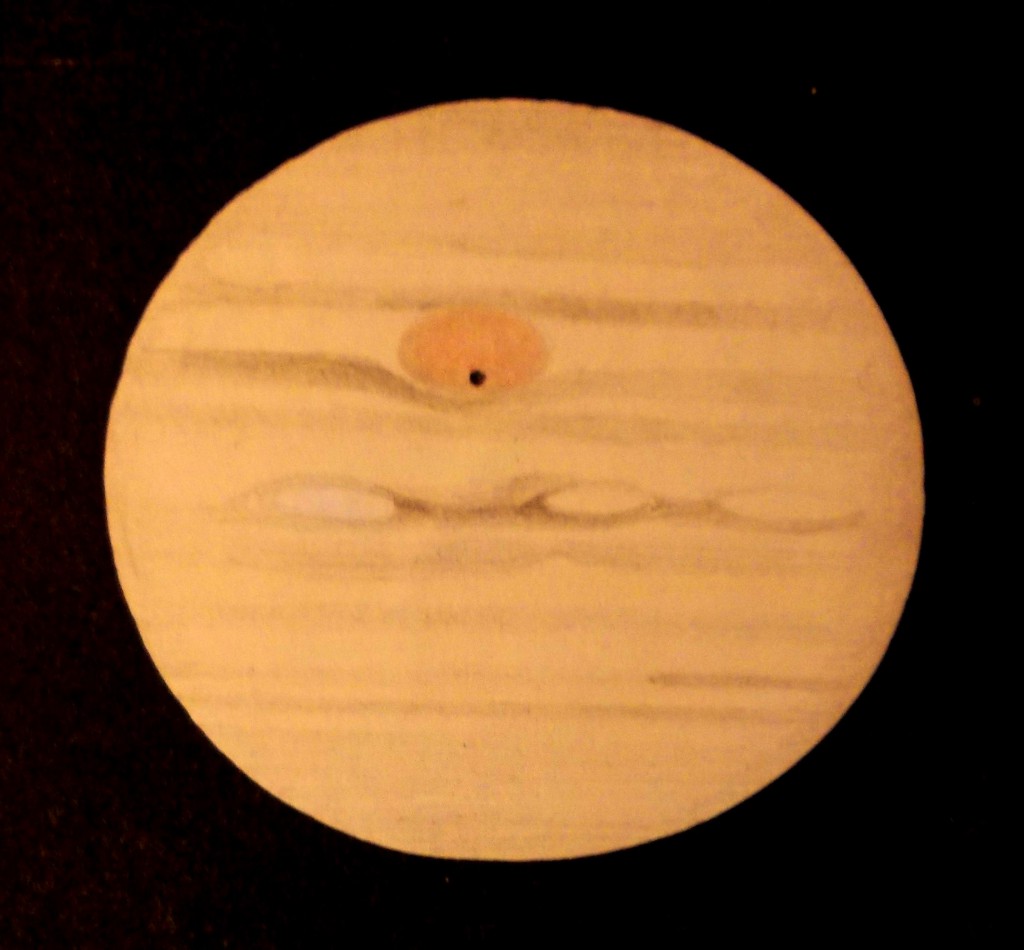 Pencil drawing of Jupiter by Jack.

Above is a pencil drawing of Jupiter made by Jack on 20 March 1966. The planet is a gas giant that rotates on its axis in just less than ten hours. This causes it to be flattened at the poles and means that drawings have to be made quickly. The Great Red Spot seen in the image is a vast storm that was first identified in 1665 – it is comparable in size with the Earth! The black dot, that just happens to be seen here inside the Red Spot, is the shadow of one of Jupiter’s moons, Europa, which was discovered by Galileo. Along with every drawing, Jack made detailed notes about the position of each atmospheric feature seen on the planet’s disc.

This unique observation requires a little explanation describing the sequence of events. The final stage of the Saturn-V rocket fired the Apollo 12 spacecraft out of its Earth orbit and on its way towards the Moon. Up to this point the Lunar Module, which was to touch-down on the Moon, was still stowed behind the Apollo spacecraft, protected by four panels. Apollo thus had to manoeuvre to pick up the Lunar Module and finally separate from the rocket. During the course of this, the four protective panels were jettisoned, and afterwards the remainder of the Saturn-V rocket, whose task was now complete, was sent into orbit around the sun. These two artistic concepts below (from NASA) illustrate these events:

The observation, made by Jack (on 14 November 1969, between 21:25 and 22:26 Universal Time), took place less than an hour after these happenings, and is reconstructed in the sketch below, which is based on his extensive notes. 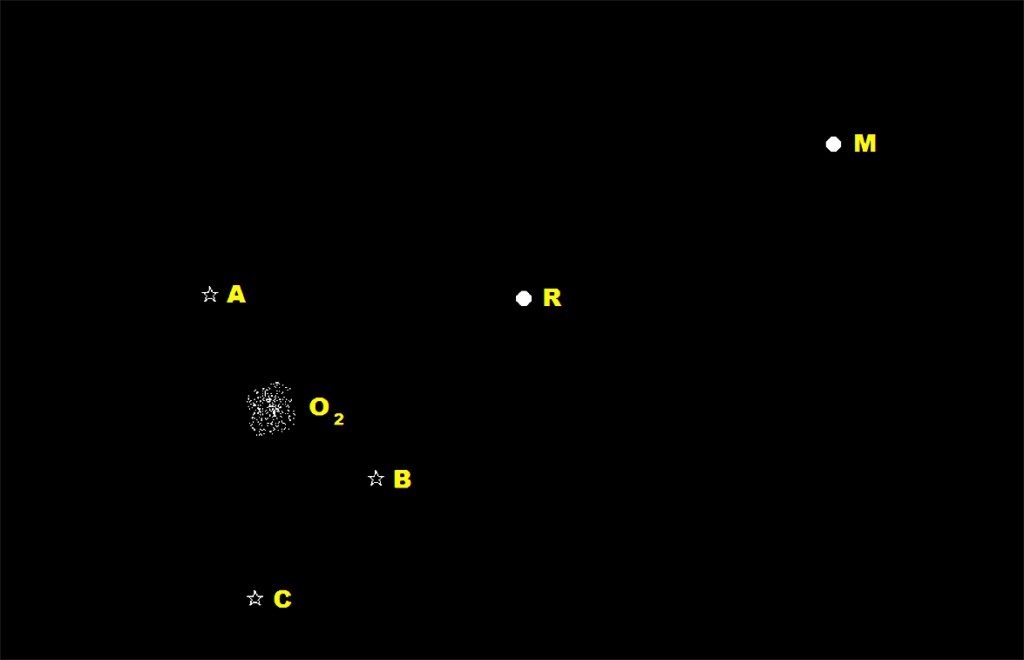 Sketch of Jack’s observations of Apollo 12 on route to the moon, reconstructed from his notes.

O2 is a cloud of liquid oxygen, released in the course of the manoeuvre. R is the Saturn-V rocket final-stage, which had finished its task. M is the Apollo spacecraft, now including the Lunar Module: it was amazing to think that it contained three astronauts already en route to the Moon. R and M were just points of light, and all of the items in the sketch moved together rapidly in relation to the fixed stars.

A, B and C were lights that flashed irregularly about once every 5 to 10 seconds. At first Jack was puzzled about this, but he then realised that these were three out of the four covers that had protected the Lunar Module.

Jack also build a model observatory, complete with a motorised framework, which you can read about here.

Special thanks to Peter at the Museum of the History of Science for providing this amazing story and the images which accompany it.