The last weekend, thanks to the blog, we found one of the five astrolabes we are tracking down (#4560). It was acquired by the Aga Khan Foundation and is going to be on display in Toronto in 2014. Now there are only four to trace. Hopefully we shall be able to find them with your help.

We are trying to trace the following astrolabes with Hebrew script or a Jewish maker (see list below). They are fundamental for our research so we would be very grateful if someone can provide any information about them (the #number refers to David King’s inventory of astrolabes).

1– Private astrolabe (last owner in Morocco, #1122)
An astrolabe by Ya’qub ibjn Musa Tapiero supposedly dated 716 H (but more probably 1016 H). Morocco, private collection. Formerly in the Duval Collection (according to Mayer). This astrolabe is signed by a Jewish astrolabist.

2– Private astrolabe (last owner in Palermo, #4590)
An astrolabe of uncertain date and provenance with Maghribī Arabic and additional Hebrew and Latin inscriptions, different from the instrument in the Biblioteca Comunale.

5– Private trilingual astrolabe, unknown place, sold in London in Sotheby in 1986 (#4509)
Trefoil and semiquatrefoil decoration. An astrolabe with elements of different provenance, one of the plates is inscribed in Greek. Latin and Hebrew script. Sold in Sotheby in London in 1986 (Sotheby’s London 18.6.1986 Catalogue, p. 24). See below a picture showing the front of this astrolabe (picture by courtesy of the former  Institute for the History of Arabic-Islamic Science at the Johann Wolfgang Goethe University, Frankfurt am Main). 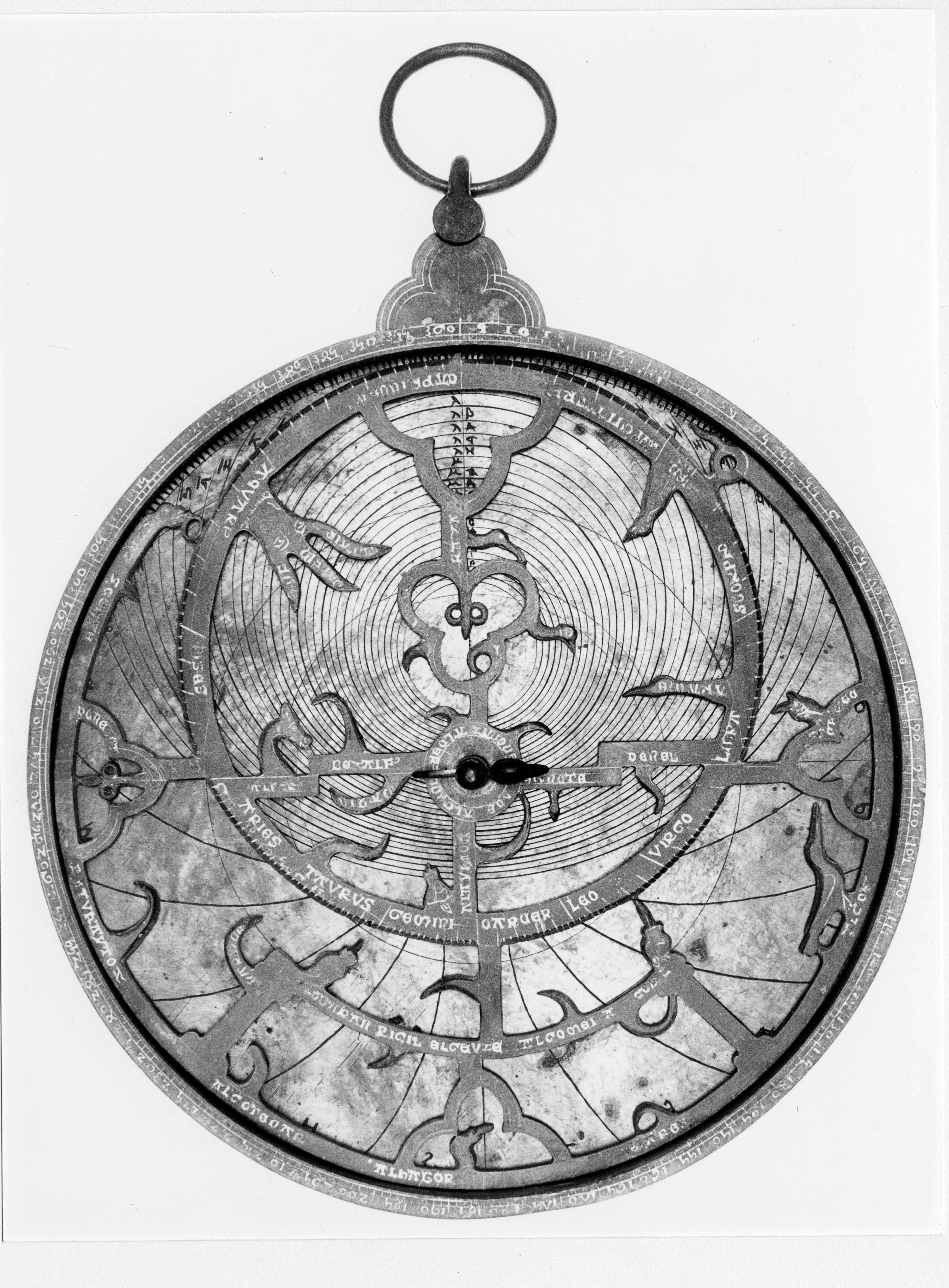