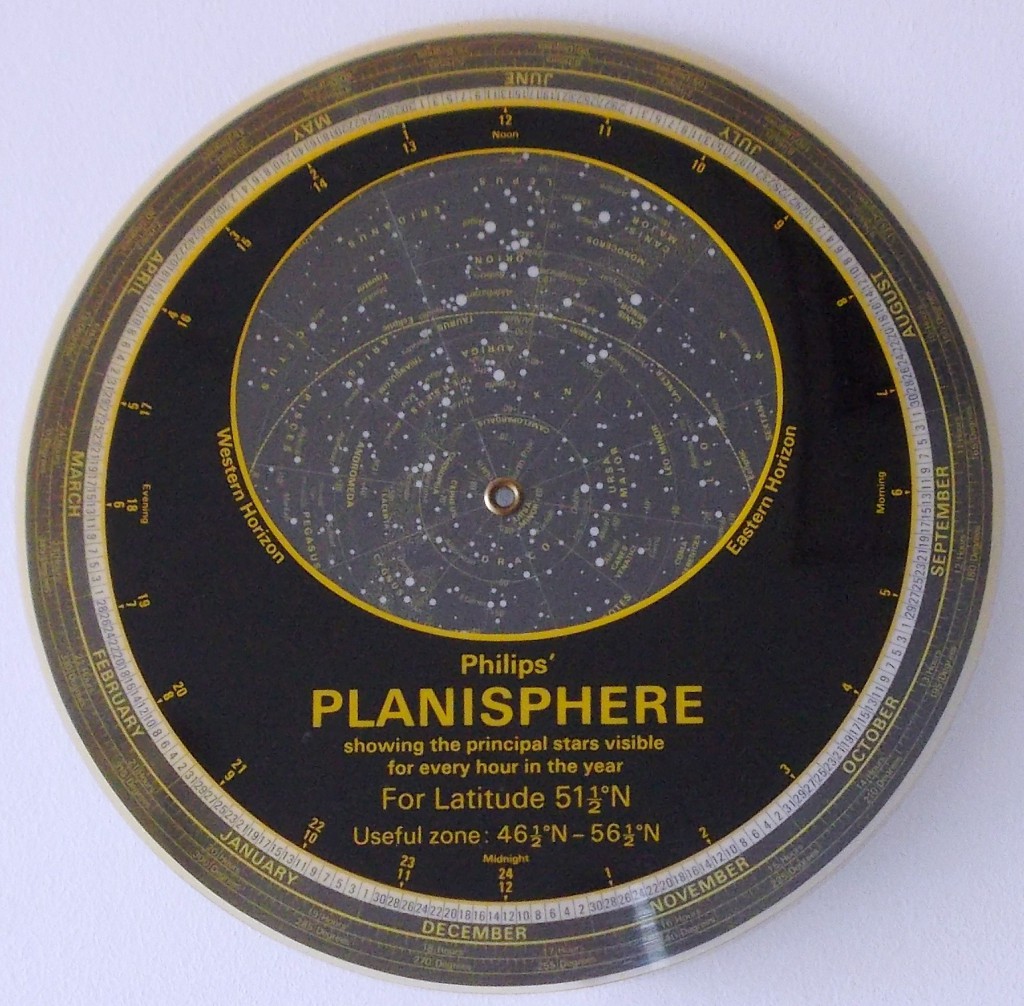 This is the planisphere Peter uses, it looks very different to the Museum’s one at the bottom of the post! The big dipper can be seen to the right of the pole star.

Story: My modern planisphere is shown in the photo above. The brass rivet at its centre marks the position of the pole star. Because the Earth rotates daily, all stars seem to revolve about the pole star. By setting the date and time a planisphere shows which stars are visible in the night sky.

I like it because it can also be used in reverse, like a nocturnal, to tell the time at night: